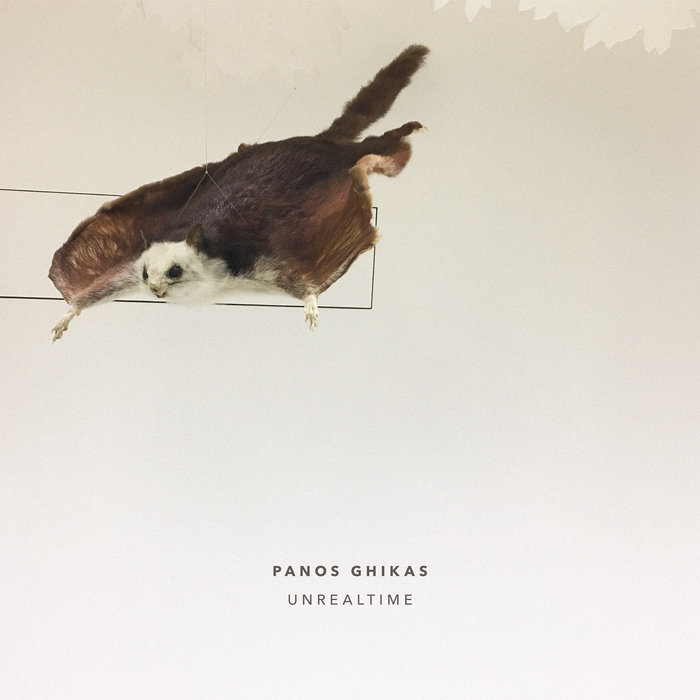 "Is that flutter of pink noise an instance of 'unrealtime audio'? Everything here is at once familiar and strange, combined in such fashion as to suggest Derek Bailey moonlighting as a car mechanic."

"A migration from reality to unreality"

“Panos’ unrealtime system operates in its own idiosyncratic space, allowing the improviser to get their hands (and sounds) dirty in unpredictable ways. Having played with and through it many times over the years, I’ve enjoyed very much its prankster-ish character, and found myself inspired and able to hear details in sound afresh."

This blistering new release takes its name from unreal-time, a technologically mediated concept for improvisation and composition developed and explored by Ghikas since 2012. First evidenced on his duo LP with long term collaborator Jennifer Walshe, the critically-acclaimed Good Teeth (2013), unreal-time can also be heard on this year’s release from cult electronica outfit Matmos’ The Consuming Flame: Open Exercises in Group Form (2020).

Combining notated composition, directed and free improvisation, Unrealtime utilises acoustic and digital interactions to invent audio-collages made of multiple time-resolutions. Its distinct approach lies in its ‘out-of-time’ process of generating sonic results that appear beyond the scope of an acoustic improviser's real-time recall of the physically-stored mechanical gestures or a composer's invention in suspended time.

The material on this album is the fruit of an intense period of collaboration between Ghikas and stellar music-makers – composer-improvisers Nick Roth and Luis Tabuenca and performer-musicologist-technologist Pavlos Antoniadis.

Supported by the School of Creative Arts and Industries, Canterbury Christ Church University