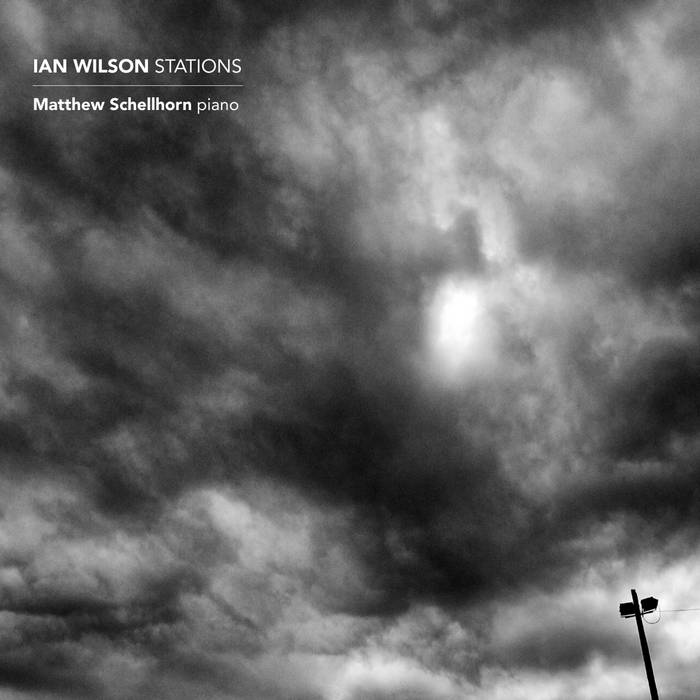 Once highly ornamented, Ian Wilson’s music has, over the last decade or so, admitted more light and more air.

The 70-minute Stations for solo piano very much follows this path. It is based on the Catholic devotion of the Stations of the Cross – fourteen scenes from Christ’s condemnation by Pilate to his burial in the tomb. Pictorial or sculptural representations of the Stations themselves appear in most Roman Catholic churches – they may be more or less elaborate, and the largest churches may even have a small chapel for each Station. Wilson’s setting retains the devotional, tableau-like sequence, but prioritises clarity over decoration.

The fourteen movements are arranged into four books, numbers 1–3, 4–7, 8–11 and 12–14, and each book can be performed separately. They were composed between 2006 and 2007 for the British pianist Matthew Schellhorn, a champion of Wilson’s piano music who gave their first performance as a complete set in 2009.

With grateful thanks to Dr Geoffrey Spratt,
Chris Terroni and the CIT School of Music, Cork

A short film made during the recording can be
seen here: www.diatribe.ie/artists/ian-wilson