Never odd or eveN 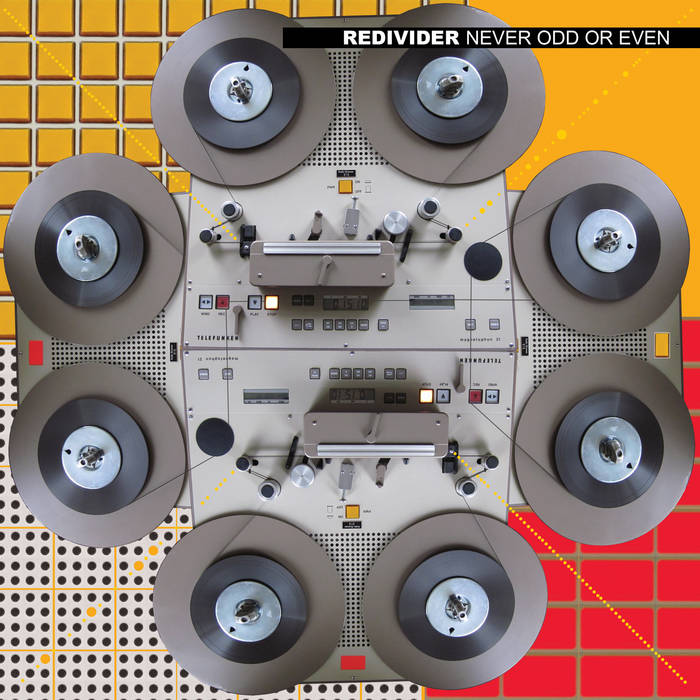 This two-horns-no-chords quartet was established by drummer Matthew Jacobson in 2007 as a creative outlet for his compositions as well as his somewhat perverse fascination with anagrams. While he failed to find such avid fellow followers of wordplays, he did find and enlist the help of creative and rhythmic specialists Derek Whyte (bass) and Nick Roth (alto sax), with trombonist Colm O'Hara arriving a little later.

Their debut album features all original compositions from Jacobson ("one of Ireland's most exciting young talents" - the Irish Times) with influences including artists such as Charles Mingus, Steve Coleman, Deerhoof and Phil Ivey. The formula for putting all this together in one palindromical setting is downtown grooves with catchy melodies and collective improvs.

After a stop-start two years while Matthew was studying for his MA in Music Performance in Lucerne, Switzerland, followed by a 6-week journey to South India to study the region's traditional Carnatic music, ReDiviDeR have no hit the ground running. Recent performance highlights include supporting Chris Potter's Underground ("…easily the most compelling saxaphonist of his generation" - Detroit Press) at the Galway Jazz Festival 2010, representing Ireland at the 12 Points! Festival 2011 ("…a fine, fly set with a solid sense of style and direction" - Laurence Mackin, The Irish Times) and playing to a packed auditorium at the Cork Jazz Festival 2011, where they were awarded the accolade of "Best Young Irish Band".

'Never odd or eveN' has already received a four-star review from The Irish Times jazz critic Cormac Larkin as well as a ʻone-to-watch-out-forʼ review on allaboutjazz.com by Ian Patterson:

“...rarely compositions in the traditional sense, they provide rugged landscapes for the group to explore, and with open minds and considerable technical aplomb, the group do just that.”
4/5 Stars. Cormac Larkin, The Irish Times, Friday 18th November 2011

“Jacobson's compositions are like fine sketches around which the musicians add their own bold colors, seeking collective form and harmony... But it's also highly disciplined, and embraces hooks, melody and quite refined harmony and counterpoint... This is free jazz which grooves and sings... An impressive debut, ReDiviDeR's stirring and original music marks it out as a band to watch out for.”
Ian Patterson, All About Jazz, 22nd January 2012

"The group brings exuberant individual performances and real muscle to this recording."
Patrick Groenland, The Journal of Music, 12th March 2012

"...ReDiviDeR, one of the most exciting young bands on the Irish jazz scene. Its debut recording. Never odd or eveN (Diatribe Recordings, 2011) is an exhilarating and original work that has received great critical acclaim. One not to be missed."
All About Jazz, Bray Jazz Festival Preview, 28th April 2012