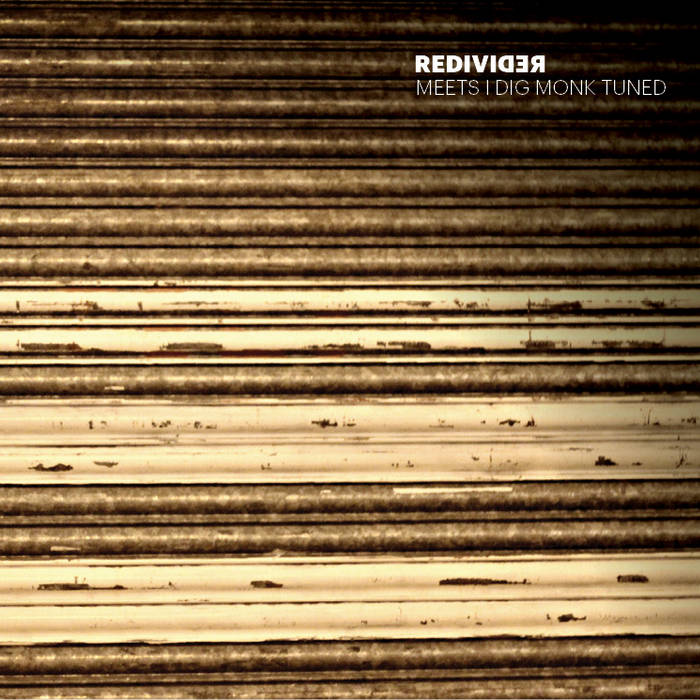 Following much critical acclaim for ReDiviDeR’s debut release 'Never odd or eveN' (Diatribe, 2011), including a four-star review in the Irish-Times and a ‘one to watch out for’ recommendation in All About Jazz, bandleader Matthew Jacobson has added four special guests from the UK for album number two, 'meets I Dig Monk, Tuned'.

Each guest features on one track, all composed specifically for this project by Jacobson. Between them, these four UK musicians possess two Mercury Award nominations, a Dankworth Prize for Jazz composition and a BBC Rising Star Award. They are Kit Downes on keys, Alex Roth on guitar, Alex Bonney on trumpet/electronics and Ben Davis on cello.

The music on this album blends composed and free sections, bringing the musicians together while also allowing them space to express themselves, whether through textural passages, urban grooves, lush harmonies or striking melodies.

The album, recorded in February 2013 in Bow Lane Studios, Dublin with Jimmy Eadie, also features regular ReDiviDeR members Nick Roth on alto, Colm O’Hara on trombone, Derek Whyte on bass and Matthew Jacobson on drums. As well as being mixed in Berlin with Zodiaque, there is a family touch to proceedings with Matthew’s brother Daniel (aka ZoiD) adding some post-production processing of his own.

Video footage by Yellow Brick Media on the making of this album can be found at youtube.com/diatriberecords